Louie talked about it, and rightfully so. It’s the greatest comedy club on the planet. As far as I know, it’s the only place a comic can tell jokes in the same room a wise guy snitch ass bitch got whacked. I took my camera down there on a random Monday to try to capture the vibe of the notorious Potluck while simultaneously trying to spend all my money on black and white film processing. Let’s see how I did.

Every year, comedians travel from all over the world, migrating to this very patio. This is Kenny Lion. He’s come half way around the globe to be the DJ for the Go Up Show Up open mic. What a hero.

Jared Levin is what some people would call an alt comic and what other people would call an extremely bad speller. I like to call him a good friend, mainly because I’m afraid of what he might do if I insult him. Jared’s brand of comedy is so far ahead of it’s time it won’t be popular for literally an eternity.

This is the very back corner of The World Famous Comedy Store. This is where paid regulars park. It’s also where management dumps the unfulfilled dreams of loser comics who come to LA to make it big and think they have a shot at getting their name on the wall of The World Famous Comedy Store, only to find out that their A game material isn’t even worth a dumpster. Those dreams? Just dump them in the corner of the back lot. It smells like shitty premises back here.

This is Boon Shakalaka. Boon is an art collector and resident librarian at The Comedy Store. He’s been hanging out at The Comedy Store since the beginning of time, because I believe he’s not even a human, but a figment of my acid flashback having self. He’s also really funny at the Roast Battle when they can afford to hire him for it.

It’s not just the Potluck that will destroy your dreams. If you really wanna crash and burn, Kill Tony is on Monday nights, as well. Get your name pulled out of a bucket, do one minute of your brilliant comedy, and then get humiliated by Tony Hinchcliffe, Brian Redban and two more comics who are way ahead of you in the comedy game. It’s truly awesome.

In all seriousness. Look at this guy. Does he look like the kind of guy who could say anything mean about you or your brilliant comedy or your Isis beard, or your chain wallet? Seriously. Tony’s a real hugger. Here he is hugging an arab guy, proving there is a chance for world peace. 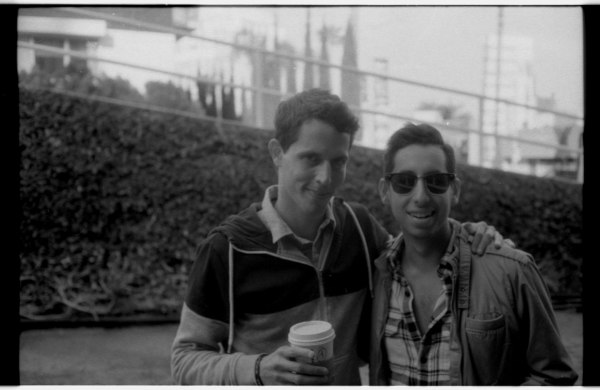 I spend most of my time at The World Famous Comedy Store taking arty photos for my soon to be black and white photo tutorials on Youtube. Please kill me.

With all this excitement, I’m having a hard time keeping my focus. It’s either that or Dan Madonia has the mental abilities to fuck up any photo he believes might end up on a shitty website. 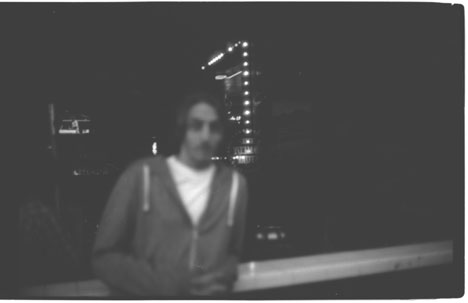 Well guys. That’s it for me. See you next Monday and be sure to mention me on Yelp.